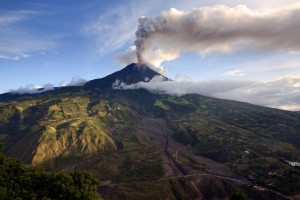 Arsenic exposure in our everyday lives is clearly on the rise

Almost everyone knows the crime thriller “Arsenic & Old Lace”, and the rumour that Napoleon Bonaparte might have succumbed to Arsenic poisoning from a bullet wound, as it is known that high levels of this poison was found in his hair. However, not everyone knows that Arsenic is released into the atmosphere by volcanic eruptions and the burning of fossil fuels, and traces of it can be found in almost all of our foodstuffs and drinking water.

Evidence of Arsenic has been found dating as far back as the 3rd century BC – the hair of the mummified Ötzi, found in glacial ice, showed high levels of Arsenic, which suggests that his work involved the processing of copper (Copper producers have often been found to be contaminated with Arsenic).

Soluble Arsenic compounds are easily absorbed by the organism through the gastrointestinal tract, and deposited in the muscles, bones, kidneys and lungs.

It is prevalent, and is often found in our food and drinks (herbs & spices, teas from the far east, rice, potatoes, corn, poultry, pork, seafood, drinking water etc.). As Arsenic strengthens oxygen-transporting red blood cells, in many countries it is used as a growth accelerator in poultry and pig feeds.

There are also many elements of Arsenic sulfides found in remedies within Chinese Medicine and Homeopathy.

Sulphurous complexing agents such as Dimercaptopropanol Sulfate are also effective for high doses of Arsenic, if the burden is diagnosed in good time.

Note: As many countries have no regulations or limitations on the usage of Arsenic in animal feeds and pesticides, you should exercise caution when buying foreign, imported foodstuffs.