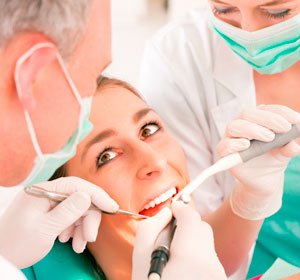 Quicksilver is another metal without a “no effect level”, which means that the details of an individual’s burden are of paramount importance. There is no tolerance (non-poisonous amount) of any sort for quicksilver in the body.

Even the tiniest amount of quicksilver is damaging to your health. It has a habit of storing itself in the brain, causing damage to the central nervous system, blocking vital enzymes and greatly damaging cells.

Our analyses show that almost everyone who suffers from quicksilver poisoning, also has problems with their levels of selenium and zinc!

Amalgam pros and cons: According to Austrian specifications, quicksilver is classified as a hazardous waste material. No dentist is allowed to get rid of leftover amalgam down the drain, but instead must take care to dispose of it specially as hazardous waste. A great number of dentists have already banned amalgam from their practices, and instead offer a range of alternative filling materials.

Roughly 10,000 tonnes or perhaps more is used industrially worldwide. It gets into the environment through industrial water waste, the burning of waste and fossil fuels (around 5,000 tonnes each year), mining and ore smelting.

Note: When having tooth fillings which contain quicksilver removed, a detoxification with chelate binders should be undertaken, otherwise the quicksilver released by the drilling process will strongly affect the body, which can lead to symptoms of poisoning such as paralysis.